Discover a pleasant way of working in open workspaces. The AK 2 Workplace Divider Lamp has multiple functions, providing dual workspace lightning and sound dampening effect. An ideal way to furnish a co-working place and enable the user to concentrate on tasks that require more focus. The AK 2 has a great acoustic performance due to the PET Felt material and reinforced acoustic foam filling.

Create an optimal cubicle without the feeling of confinement by combining the AK 2 and the AK 1 Workplace Dividers. A great solution for contemporary open offices. 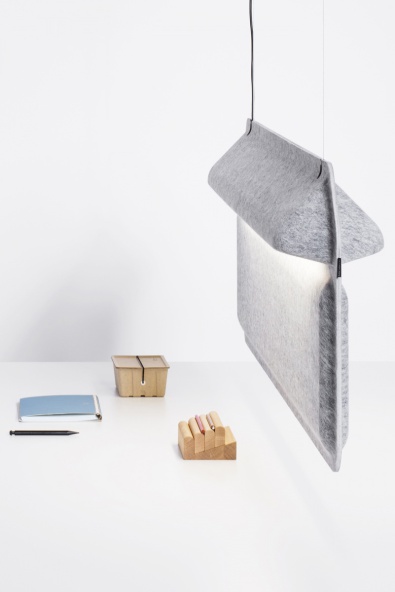 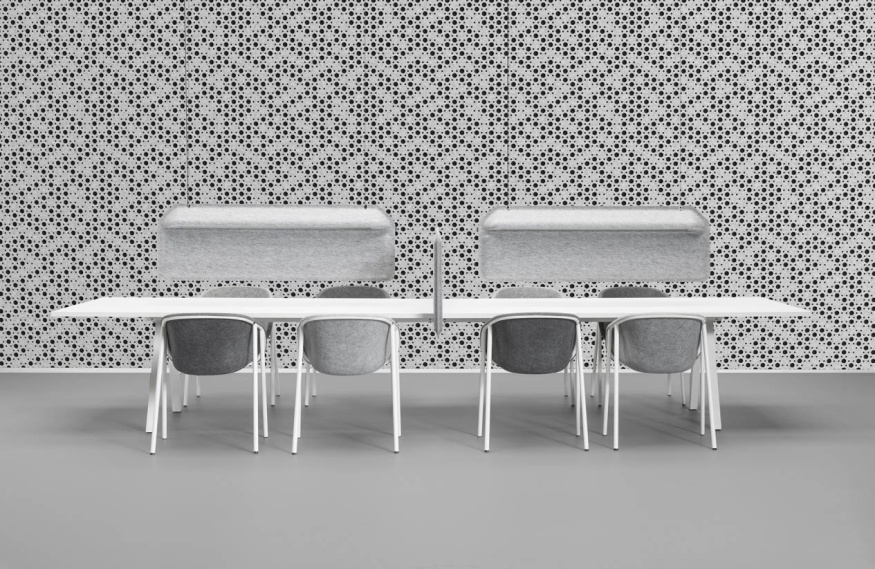 AK 2 Workplace Divider Lamp is the second design from the AK Series. The series consists of four multifunctional workspace dividers, each with its own manifestation. The shapes shield users from their environment and enable one to work in a relaxed and concentrated manner. All dividers have sound dampening properties to increase the sensation of privacy. The series is available in eleven unique PET Felt colour blends.

AK 2 is the result of a collaboration between designers Ivan Kasner and Uli Budde.

Ivan Kasner is an Amsterdam-based designer who graduated from the Design Academy in Eindhoven, the Netherlands. Kasner’s philosophy is based on the idea that each generation should have its own decor - designing products that make people feel at home in their own time. Ivan now has his main focus on Ivan Kasner Studio.

Uli Budde is a Berlin-based product designer who studied at the University of Applied Sciences and graduated from the Design Academy in Eindhoven, the Netherlands. Budde currently focuses on his own studio in Berlin, where he works on projects in furniture, tableware, lighting design and more. 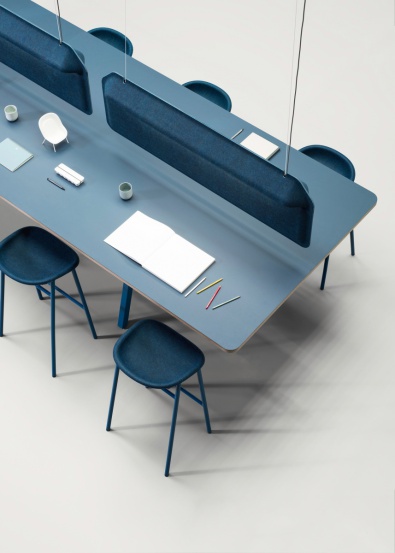 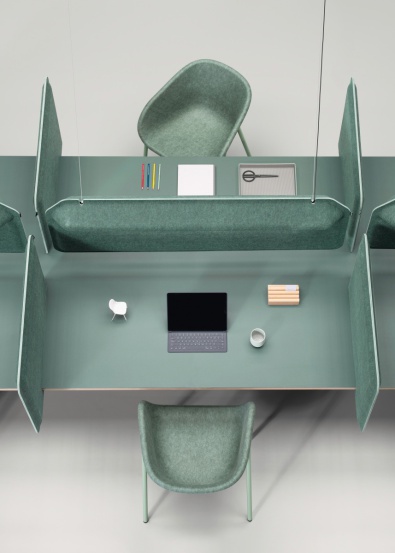 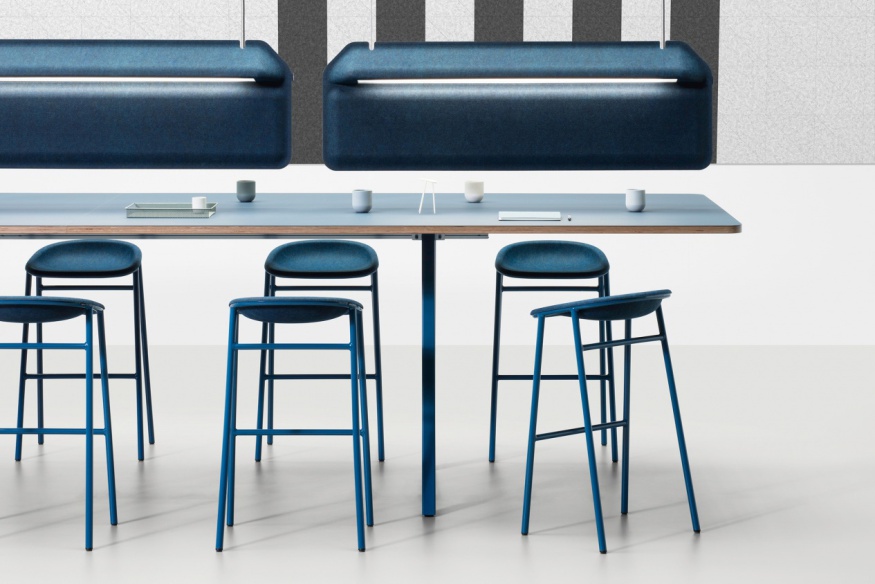 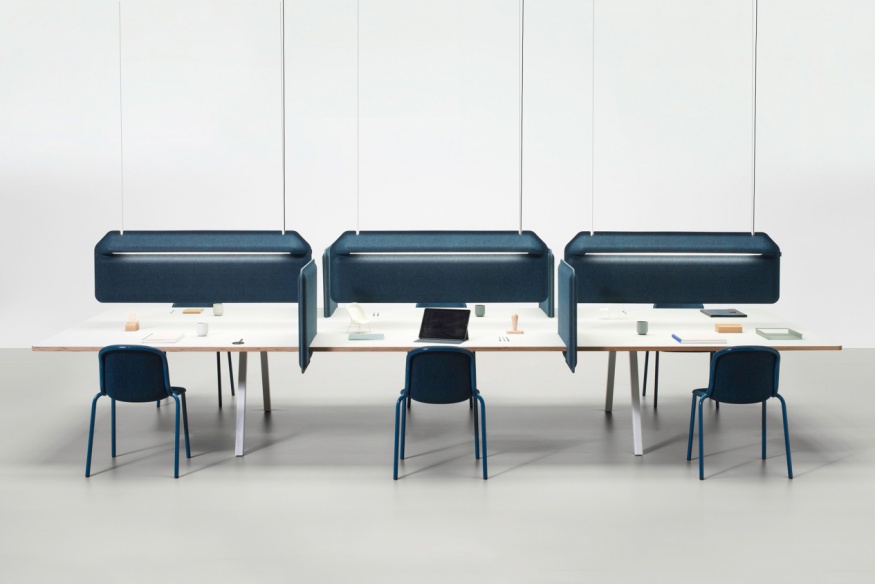 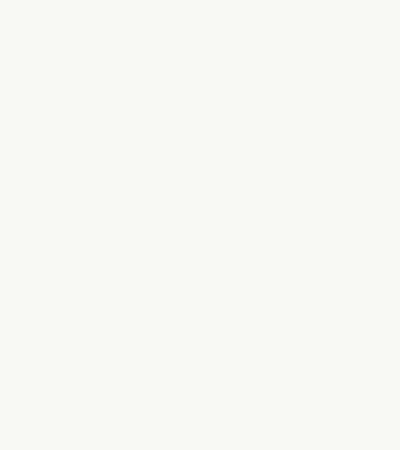 We are always curious to see how our products work in any completed projects. Have you seen the AK 2 in any office design project? We’d love to know, reach out to us!

The AK 2 is available in eleven unique PET Felt colour blends, giving architects a wide range of freedom to apply for any workplace design. The choice is there to make this piece blend in or stand out in any context.

In our design and production processes, we are always searching for sustainable outcomes. We do this by looking at where environmental thinking and economic improvement intersect,  resulting in minimal waste. The way we utilise PET Technology emphasizes this vision.

The AK 2’s upholstery consists of PET Felt, which is made from recycled plastic bottles. This technology converts the traditional production process into one smart 3D pressing technique. PET Felt is recycled and recyclable, offering acoustic properties and sustainability.
Learn more
« prev next » 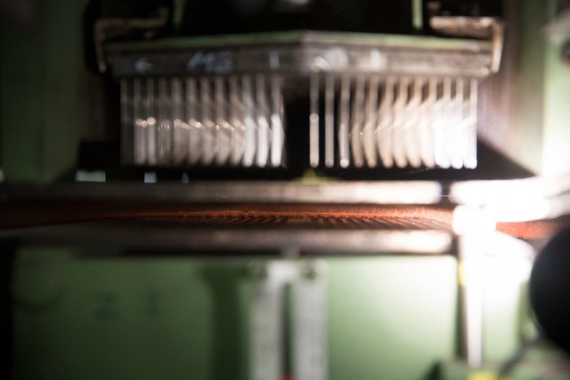 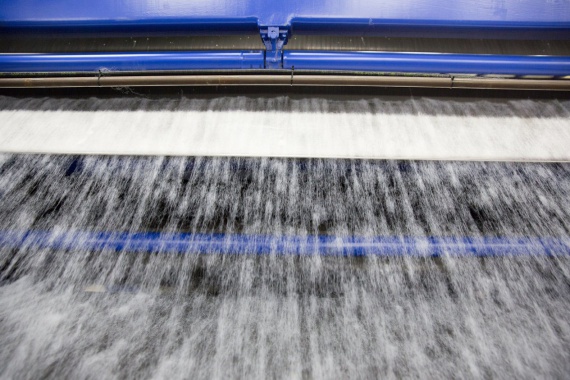 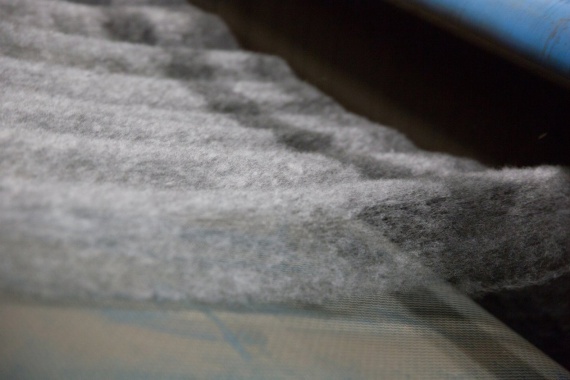 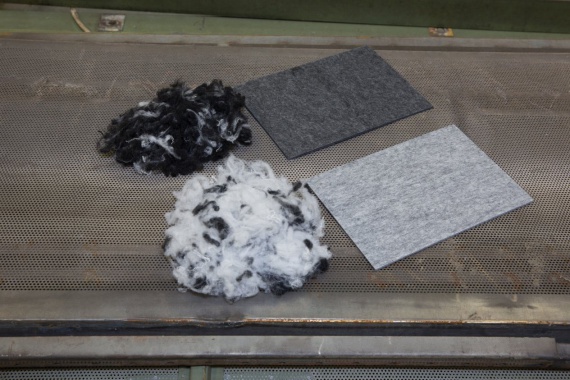 Produced according to European safety regulations

We will send your account details to your email address.